If you like it, a positive review on Amazon. While you are there, also set some "tags. They are fun reads, with patriotic, freedom-loving, and sometimes eccentric Americans working together to solve big problems. The science and history in my novels is edgy, but real, and readers are saying kind things. Here's the best news: My publishing arrangements are capitalistic and innovative. My novels are written to entertain, not for a political agenda. 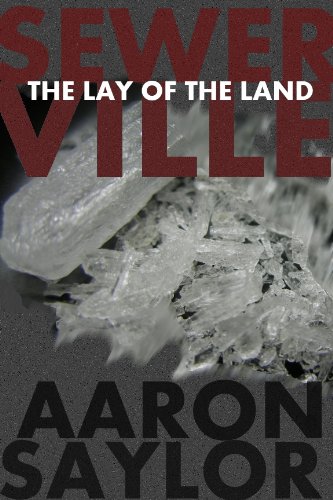 Obama is only mentioned once in God's House. If so, they can buy at wholesale, sell books, and raise money. Please pass this note along to patriotic and local groups, most of which are stressed trying to resist big government. Some are already selling books and pamphlets to raise money, and here's one more.

Most of my reviews have been positive, non-partisan, and polite, but some of my fans are, well, less PC.


Here's what one outspoken patriotic Navy Vet just said, in an apparent effort to surpass my friend Don Bendell's famous "You will wet your pants" review, which is posted on Amazon and my web page. Please take a few moments to pause and reflect on the attacks and the Americans who died that day.

We've lost our focus. Our government is now desensitizing us to Islamic Jihad, the clash of cultures, and the hatred of America that drove an attack right up there with Pearl Harbor. We've reacted poorly. Here is the current policy: TSA refuses to profile Islamic terrorists, ignores Muslims, but gropes our children and women, and grabs our junk. TEA parties and patriotic groups are called "terrorists" and "racists" by high level officials.

The "War on Terror" has become "The overseas contingency operation.


Instead of rebuilding the Towers, Obama advocates for a trophy mosque. The Arab Spring is cheered, but its strategic consequences for America are ignored.

Obama famously "stands with the Muslims," and makes lavish apology tours. Iran is allowed nuclear weapons, while Israel and other allies are thrown under the bus. There is no discussion of enforcing loyalty oaths to America, but much about Sharia Law. We have an unsecured 2, mile border with what is becoming a failed state Mexico. Federal lands are sanctuaries for illegals, drug gangs, and terrorists in Arizona and elsewhere.

Fear mongering dominates. Terrorist acts are called "manmade disasters" and is reframed as just another event in an endless list of disasters. Reading the pledge of Allegiance or flying our flag is controversial, especially the "One nation, under God" part. So are crosses in military cemeteries. Active military members are banned from speaking at Christian Church events.

The Obama DOJ selectively ignores immigration and voter intimidation laws. We are now in four wars, at least one of which is unconstitutional, with no Congressional or public debate of objectives or exit strategies.

Lay of the Land - Game Grumps Animated - by Ari Barton

The Obama Administration's policies are bankrupting America and defunding our military. Instead of open hearings, we get secret committees, class warfare, Czars, and demagoguery. ObamaCare for books? The boot is on our throats. Real unemployment is at depression era levels, EPA is strangling our energy industries, Gibson Guitars is being destroyed, and I can't submit my novel to Barnes and Nobel without agreeing to compliance certification. It reminds one of the old Soviet Empire, where everything was illegal and citizens lived in constant fear.

Details about this are on my FAQ page, here. See the "Who is your publisher? We trained the guys who eventually started Al-Qaeda when they were willing to fight Russian proxies for us. Haven't we learned anything? The Libyan rebels include a hefty number of hardline fundamentalists, who want to see a return of 7th century Islamic practices.

They include men already suspected of being in Al-Qaeda. Are we crazy? Another point. Remember Sabra and Shatilla? Read the last paragraph. Here, we already know that the rebels are likely to revenge themselves if they are victorious. Remember when the victorious Christians in Lebanon revenged previous atrocities by Muslims by slaughtering Muslims? Muslims killed Christians and Christians killed Muslims and the Jews were blamed. The targets were destroyed with Paveway IV satellite guided bombs prior to a secondary attack on a BM21 Grad rocket launcher west of the port of Ras Lanuf, which had been earlier spotted by a Nato reconnaissance patrol.

The mobile rocket launchers, which had been used to target civilians and attack rebel forces, were destroyed an RAF Tornado armed with Brimstone missiles.

The attacks came at the end of a week in which British special forces played a pivotal role in helping the Libyan rebel army take control of Tripoli after several days of intense fighting. Rebel commanders knew that Gaddafi would not give up Tripoli without a fight but if the city was to be taken without a blood bath a cunning plan would be required.

As well as training the rebels, the British government also covertly supplied 1, sets of body armour, advanced telecommunications equipment and night vision goggles. For weeks on end the Libyan volunteers were taught weapon training, street fighting and sabotage in a series of disused compounds across the city. While the rebels trained, hundreds of weapons, tons of ammunition and communications equipment were smuggled into Tripoli and hidden in secret arms dumps. By the middle of August, more than volunteers were trained and primed for action.

They then infiltrated back into the capital, disguising themselves as fishermen, or travelling through the western mountains that ringed Tripoli. Other volunteers went back to their homes in the cities west of Tripoli, including Zintan and Zawiya, and waited for the day to come to push into the capital.

Five precision-guided Paveway IV bombs were dropped on the Baroni Centre, a secret intelligence base under the command of Abdullah Senussi, the brother-in-law of the dictator while other aircraft, including predator drones, attacked troop concentrations, tanks and artillery batteries. The covert order for the uprising was contained within a speech by Mustafa Abdal Jalil, the chairman of the National Transitional Council broadcast via Qatar-based Libya TV on Saturday evening when he told the citizens of Tripoli "You have to rise to the event".

It was the call to arms for which the rebel fighters had been waiting. By 8pm, a group of rebels took control of the Ben Nabi Mosque close to the city centre. Using loudspeakers normally used for the call to prayer they began to call on anti-Gaddafi supporters to join the uprising. The timing of the operation caught Gaddafi by surprise.

The rebels had spent much of the day mopping up government forces in Zawiyah, 30 miles west of Tripoli and Gaddafi's generals probably assumed that the rebels would regroup and rearm before pressing on. Although Eshkal was reportedly very close to the Gaddafi regime and one of his commanders, the Army officer harboured a deep seated hatred for the dictator who some years earlier had ordered the death of his cousin. He wanted to take a personal revenge from Gaddafi and when he saw a chance that he will fall, he just let it happen.

The secrecy surrounding Operation Mermaid's Dawn was so intense that even senior Whitehall officials were surprised when the news broke last Saturday evening. Prime Minister David Cameron had to cut short a family holiday in Cornwall to return to London to make a statement on the operation.